With limited road space in Singapore, residents need to obtain a Certificate of Entitlement (COE) to own a vehicle. This year, COEs for cars saw a consistent downward trend, while those for motorcycles swung across opposite extremes. The overall vehicle usage trend is also changing. In a move to become a car-lite society, the government implemented a zero growth rate for vehicles for private passenger cars (Category A) and motorcycles (Category D) this year, which came into effect in February this year. With 2018 coming to an end, let’s have a look at some major developments concerning COE in and see what’s in store for motorists and bikers in 2019.

The year started with a bit of a surprise. In anticipation of buyers’ interest at the Singapore Motorshow in early January, COEs were expected to rise immediately after the event. Instead, the opposite happened. COEs saw a decline in Category A cars (cars up to 1,600cc and 130bhp) with bidding ending at $36,890, down from $41,400. Category B vehicles (cars above 1,600cc or 130bhp) also took a tumble from $45,289 to $42,661. The premium for open-category COEs went down from $47,390 to $44,000. As the year progressed, the premium for small cars dropped further, reaching S$25,000 in July and again in December. Also in July, the premium for Category B vehicles slumped to S$31,000—the lowest it’s been since March 2010’s price of $26,389. Open category COEs also fell to an eight-year low of $31,001. The automotive industry attributed the dip in car COE premiums to the Vehicular Emissions Scheme (VES), which came into effect at the start of January. The VES replaced the Carbon Emissions-Based Vehicle Scheme and measured additional pollutants—hydrocarbons (HC), carbon monoxide (CO), and nitrogen oxides (NOx)—on top of carbon dioxide (CO2) emissions from all new cars, taxis, and newly imported used cars. In July, emissions calculations under the VES became even more stringent with the addition of a fifth pollutant, particulate matter. In response, buyers adopted a wait-and-see approach, hoping for a further drop in COE premiums. And that’s exactly what happened, with the Land Transport Authority (LTA) adding 12.5 percent more COEs for the three-month quota period from August to October. The quota for cars increased by 5.7 percent to 6,912 COEs per month, while that for motorcycles increased by a staggering 55.7 percent to 1,639 COEs per month. Car COE premiums remained low for the rest of the year. Despite that, buyers have yet to take the bait and purchase new cars, given increases in interest rates and a poor economic outlook.

The premium for motorcycles was the only category that saw a price increase at the beginning of 2018. After the Singapore Motorshow, it crossed the S$8,000 mark, closing bidding at S$8,001, up from S$7,701. This S$8,000 threshold was similarly crossed in March 2017, leading to speculations of temporary COE stockpiling by motorcycle dealers—an imaginable feat given the low deposit of S$200 to initially secure a COE. Motorcycle dealers were suspected of market manipulation in order to profit from reselling COEs, thus causing premiums to rise. These allegations were refuted by Dr Lam Pin Min, the Senior Minister of State for Transport, who stated that LTA did not find data alluding to irregular stockpiling of Category D COEs by motorcycle dealers. In fact, in November, motorcycle premiums fell to a record low of S$2,509.

The LTA has further increased the number of COEs in the latest three-month quota period from November to January 2019. There are 30,143 COEs available for all vehicle categories for this quarter—an increase of 8.9 percent from the previous period. This includes a 35 percent increase in motorcycle COEs. Some industry pundits believe the increase was triggered by more cars being deregistered, and that this trend will continue for at least another year. Around 18,071 Category A and B cars were deregistered this year from January to March 2018 alone. They also predict that higher demand from buyers will offset the increased supply, possibly driving up premiums. But that’s only if buyers get past their apprehension and begin purchasing more vehicles. Going forward in 2019, vehicle buyers will do best to protect their investments. While the Singapore government requires a minimum of Third Party Only insurance, customised car and motorcycle insurance will provide motorists and bikers with the exact type of protection they need.
Share article 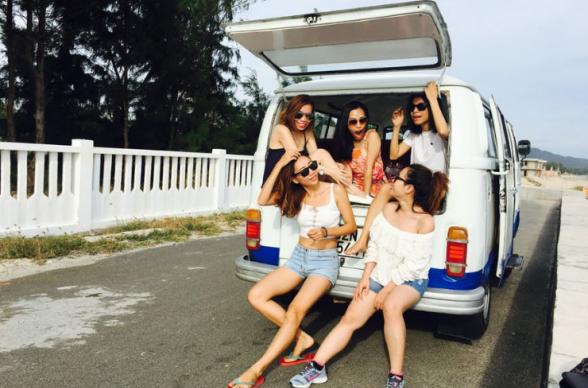 6 Minute read
We get it, sometimes you just need to get away for a bit. A refreshing road trip this holiday season may be exactly what...
Read more

8 Minute read
5 Best Add-ons to Make the Most of Your Car Insurance Reading time: 4 mins Buying a car is one of the most important...
Read more
Travel

Singapore Little India Riot - how you could have survived it

6 Minute read
You probably have now heard about the Little India Riot that happened very recently. This is the first riot that has...
Read more