As Singapore’s only full time female motoring journalist, here at DirectAsia.com we naturally wanted to talk to Cheryl Tay. She’s a busy lady, but we’re very glad she took the time out to answer one or two questions we had.

Find out what makes Cheryl tick – with this fascinating insight into her love of cars, journalism, travel, photography, and inside stories on her battle with weight gain, her interviews with world famous F1 drivers like Mark Webber and Nico Rosberg  – and much, much more!

Your writing doesn’t feature motorcycles very much – don’t you find them as interesting?

The reason is simple – not because I don’t find them interesting, I do actually, but because I don’t have a motorbike riding licence. My parents did not allow me to take it, because they fear for my safety.

What inspired you to become a photographer?

I was first a writer and my first published article was in 2007 for Wheels Asia magazine. At that time I was still in university and I was really lucky when the editor offered me a column in the mag. As I went along, I realised how photography complements my job very well. Also, being in control of the camera/lens, I am able to capture the moments the way I see/feel them, hence better able to portray my story.

Where is the most interesting place in the world your journalism has taken you?

My work has taken me to many interesting places and it would be hard to name just one. From the mountains at Fez, Morocco to the rolling hills of Auckland and the high efficiency of Tokyo, I am very fortunate to have experienced the different cultures.

Having been to many places around the world, are there any overseas lifestyles that appeal to you? Or do you love the Singapore way of life?

Actually, to be honest, the more I travel the more I appreciate Singapore and so far, there have been places where I feel like I can live there, but nothing beats home. Singapore has its flaws, but the safety and security, as well as its multi-racial community and widespread options of food are things that I appreciate most.

Have you encountered any sexism as a female journalist in the motorsport industry?

Initially, when I first started out, I did face criticisms about being a female. It didn’t help that youth was not on my side (I was only 20 years old when I wrote my first published article for a car magazine) and that females have a stereotype of being bad drivers. It’s been six years now and there’s a lot more respect for me now rather than doubt.

If you could challenge one of the world’s F1 drivers to a race, who would it be?

Who is the funniest person you have interviewed and why?

Mark Webber and Nico Rosberg are the more interesting drivers I’ve spoken to before. Webber gives candid answers and Rosberg is really curious. For example, he asked about my earsticks (plastic sticks in my ear piercings in the absence of an earring) and my pancake lens (tiny lens) contrastingly mounted on my big camera.

Top 5 favourite cars of all time?

Do you think there is any difference between men and women in terms of driving ability/approach?

Definitely. I believe men in general have an innate ability to drive and coordinate hand-eye better. Also, they are more courageous by nature. Women on the other hand, are generally more timid and can end up holding others up on the road.

When it comes to driving courses, women are able to heed instructions better though.. because they do not have that big an ego as the men do!

You talk inspiringly on your website about your battle with weight gain – is there one type of food that is your ‘Achilles’ heel’ – that you just can’t help indulging in?

I am a complete junk food addict and I am still struggling to cut it out so that I can manage my battle with weight loss better. I can’t name one particular junk food but all chocolates and cookies are hard to resist. I also have a self-control problem when it comes to junk food – I can’t stop at one. My ‘record’ is 5 tubes of Tim Tams at one go, or six roti pratas with egg in one sitting. Terrible!

Yoga has helped you a great deal with your weight loss goals. But aside from the physical benefits, has yoga helped in any emotional/mental ways?

I’ve since stopped practising yoga and have engaged a personal fitness trainer. Now I hit the gym at least three times a week and we do a combination of strength and conditioning workouts. The key is in doing high intensity interval training and gaining muscle mass to boost metabolism and ramp up fat loss.

There is this myth that girls should not lift weights as they will bulk up. That’s not true. It takes a lot to look like a bodybuilder and if it was that easy to bulk up, a lot of trainers would be out of job!

Meanwhile, the diet is really important. In fact, it’s 70% diet and 30% exercise, so do watch what goes into your mouth! Just remember to eat clean and train mean!

Do you think Singaporean women are under too much pressure to look a certain way?

Not just Singaporean women but women around the world actually. Especially with the rise of social media and the ease of sharing content via the internet, we are constantly exposed to all these women with great bodies. But I guess in a fast-paced cosmopolitan city like Singapore, the pressure to look good would be way greater than say, a third-world country.

In terms of being successful in business in modern Singapore, do you think you are better off as a man or a woman?

That’s not quite fair. I don’t think there’s a gender advantage when it comes to doing business. It depends on which industry you are in and also the level of experience and the network you have. 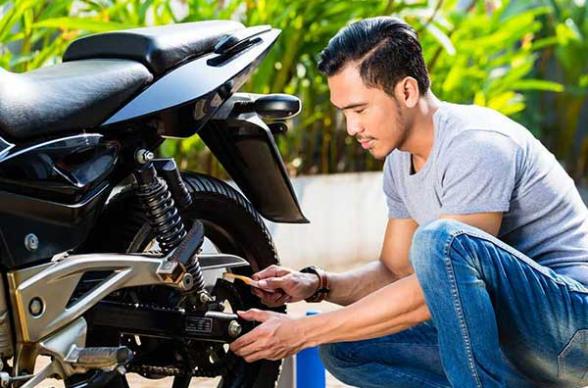 2 Minute read
Designed for the first time rider, here is DirectAsia.com’s quick guide to the best and most useful tips to help you and...
Read more 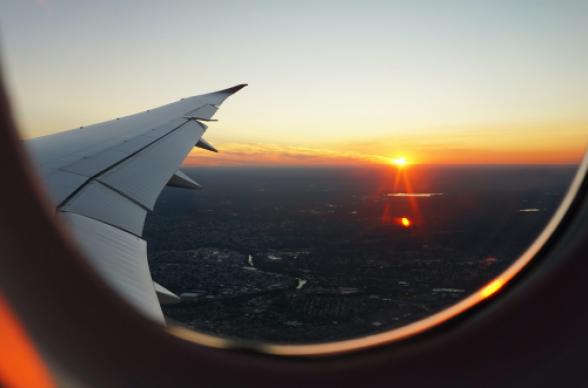 7 Minute read
Once again, it is that time of the year where the umbrellas are out in full force against the monsoon season. Some...
Read more