If airlines play a big part in your business or personal life, then frequent flyer programs offer a great way to bag some free flights, hotel rooms, car hires – or to pay for some good old fashioned shopping. But as the term ‘loyalty program’ suggests, you need to show some dedication to your airline in order to squeeze such goodies out of them. But should you go with the airline with the lowest fares? The lowest free flight threshold? The most useful route network? Or the one that gives you shopping tokens soonest? Here at DirectAsia.com, we’ve come up with five great rewards programs for your consideration.

Indian-owned budget carrier Jet Airways has long been the darling of frequent flyer awards ceremonies, having won 'Freddies' (the Oscars of flyer rewards) in 2006, 2007 and 2012. This year the Mumbai-based airline has won the coveted 'Best Rewards' accolade from FlyerTalk (Middle East/Asia/Oceania category). The forum gave the program an "unheard of" 9.40 quality score, beating off competition from Cathay Pacific, Singapore Airlines and All Nippon Airways, in that order.

The airline’s co-branded credit card from HDFC Bank can also be used to build up miles.

The JetPrivilege scheme combined with low fares makes this airline an astute choice for Singaporeans doing a lot of business or leisure travel in India, or travelling to its onward destinations.

Jet Airways deposed Cathay Pacific's Asia Miles program in the 2014 FlyerTalk Awards (receiving 6.99 points, far below the Indian carrier's score), but it is still a big favourite among Asia's frequent flyers – including many in Singapore.

The program's iRedeem portal enables frequent flyers to grab lifestyle rewards as well as earn miles. Asia Miles boasts many high-end partners, from Shangri-La Hotels to Estee Lauder. You can even donate your miles to someone online. The Hong Kong carrier, which flies out of Changi's Terminal 1, still offers one of the best rewards schemes going.

Numerous banks and credit card firms offer miles to members who use their services, including American Express, HSBC and ANZ.

The first airline to fly the immense Airbus A380 is bound to have put a lot of effort into its rewards program, and for many Singaporeans, the KrisFlyer scheme is perhaps the most relevant – since the carrier operates so many routes from Changi. FlyerTalk ranked the Singapore flag carrier’s program 3rd best, with 6.15.

Miles can be earned with 30 airline partners (Star Alliance) as well as on Singapore Airlines, and its subsidiaries Silkair and Scoot. And whether you’re shopping, hiring a car or booking a hotel, the program’s 170 non-airline partners are sure to offer something special.

Hooked up with 1,000 destinations, many originating from Singapore, KrisFlyer is a logical scheme to join for many Singaporeans flying internationally and around Asia.

And if the carrier is indeed the “world’s most awarded airline”, as its website states, it’s no surprise the frequent flyer scheme is so well regarded.

Co-branded credit cards (with which miles can be redeemed) are available from American Express for Singaporeans, while Westpac, JCB, BOC, Mitsui Sumitomo provide cards for residents of other countries.

As the winner of the World Airline Awards 2013 (by Skytrax), it’s little wonder Emirates has such a popular rewards program. The Skywards scheme allows passengers to build up miles with a variety of partners in retail, car hire, finance and more.

The program’s easy-to-use dashboard makes earning miles a pleasant experience. It also details recent transactions and keeps you up to date with offers available on your tier.

Emirates came fifth in the FlyerTalk Awards (“Best Rewards”), with 5.80 points, and with connections to Sri Lanka, Australia and of course Dubai, its schedule is relevant to many of Singapore’s business and leisure travellers.

Ranked 4th in the World Airline Awards 2013, ANA is highly relevant to leisure and business travellers to Japan, since the airline connects to many Japanese cities through its Singapore-Tokyo route.

Members can redeem Value Vouchers after a certain number of miles have been flown, starting at a 10,000 yen value after 10,000 miles have been flown. These can be used to buy flight tickets, or in ANA FESTA airport shops. Hotels, limousine buses, taxis and extra baggage can all be redeemed with collected miles.

If Japan is a big part of your life, the ANA Mileage Club is a must.

We’re always keen to get feedback from our travel insurance customers on our articles. If you think there’s a frequent flyer program that should be on this list, why not tell us about it below? 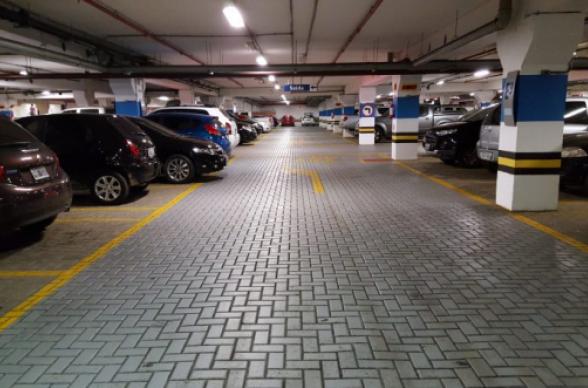 What to do if the car is hit while parked - DirectAsia

4 Minute read
One of the worst things for a car owner to encounter is to find their parked car damaged or scratched. This is...
Read more
Car

The Need for Speed: Singaporean Drivers

5 Minute read
Having lived in Canada for the past two and a half years, my perspective on life has changed drastically. Before I left...
Read more
Car

How Off-Peak Car Drivers Save Even More

4 Minute read
Picture owning the car of your dreams. Now picture yourself fighting peak traffic to get to work on Monday morning...
Read more