How effective is priority seating in Singapore?

The Land Transport Authority (LTA) launched its 'Graciousness Campaign' a couple of months ago - posters and stickers illustrating positive social norms are being put up on bus shelters, inside buses and in the trains. In addition, with the Downtown Line being opened recently, there will now be brightly coloured 'reserved' seats for the disabled, elderly, pregnant or whoever needed it more. This does not differ from the current norm where one can still use such 'priority/reserved' seats but if someone came along who needed the seat more than you do, it would only then be right if you gave up the seat. This generally seems to be the case in other countries as well. Most public transportation abroad do have 'priority seating' clearly labelled and most people that I have seen are indeed gracious enough to give up the seat to someone else more in need of it. However, I have also seen the oblivious individual either fast asleep or glued to their phone or iPod while someone in greater need stood right in front of them. So, the question still stands - how effective is priority seating in Singapore? So far there has not been a law in Singapore where 'priority' seats are solely meant for the disabled, elderly and pregnant. As of now, these seats are simply 'priority' and anyone could still use them.

In Korea however, it has become a social and cultural norm to avoid sitting in the priority seats unless it was meant for you. Apparently, the locals there avoid it at all cost even when the train is full as they believe in leaving it for someone who needs it more than they do. In Korea, children fall into this category of being 'priority' as well. In this case, we could say that priority seating in Korea is indeed effective! Then why is it not the case in Singapore and many other countries? I think we would agree that it should not matter if it were a 'priority' seat or any of the other seats.

Giving up a seat to someone more deserving or in need should be a social and cultural norm much like what is happening in Korea.

Some years ago in England, mum’s-to-be were given badges that read ‘Baby-On-Board’ and train passengers who saw that were supposed to give up their seats. However, this campaign did not go very well. A big reason could be a result of other passengers not actually seeing the badge.

Therefore, will the new brightly coloured seats on the downtown-line actually make a difference? It might serve to ‘shame’ the individual who refuses to give up his/her seat but then again, priority seats that are already present in buses and trains do not always ‘do the job’. This issue does not just lie with priority seats on public transportation but also with handicapped parking spots, toilets for the handicapped etc. Widespread brightly coloured labeling can only go so far. The rest is up to society and this I believe starts at home and in school.

Planning any train, bus or plane travels soon? Don’t forget to check us out at DirectAsia.com to find out more about our various insurance plans! 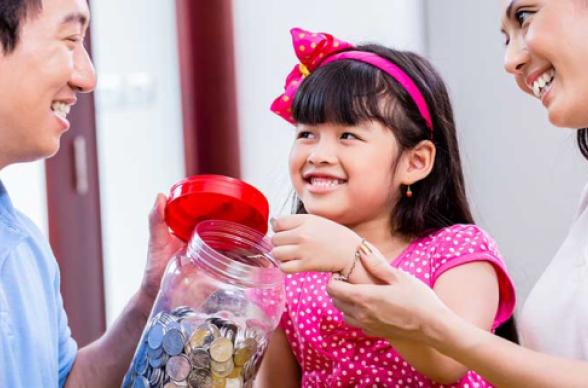 6 Minute read
Good things may come to those who wait, but isn’t it good to be on the look out for ways to get ahead? Ways that make...
Read more
Travel

Money-Saving Tips For a Cheap Holiday in Europe - DirectAsia

5 Minute read
Car insurance can sometimes seem complicated, which is perhaps why there are so many myths surrounding it. But at...
Read more