It’s no secret that Singaporeans love their food. Just take a look at the length of queues that people are willing to put up with just to get a bite of the latest hype – bubble tea, Unagi bowls or even toasts! While tourists love the variety of food that is cheap and good in Singapore, Singaporeans also love to bring their passion for food with them on their holidays.

You might have already spent your days and nights in Bangkok eating all sorts of street food or planned a trip to France so that you can try one of their Michelin Star restaurants. If you truly believe in the epicurean way of life, here’s a list of the best countries to go to for a food-focused trip.

Sashimi-lovers would have already gone to Japan and have their fill of the freshest, raw fish and seafood they can probably find in the world. With fresh catches every day and seafood cut and sliced right before they are served to you, even those who are averse to raw food might find a new appreciation for raw cuisine.

Other than that, do you know that Japan is also the country with the highest number of 3 Michelin-Star Restaurant? Yes, even beating France which is known for its high standards for food and cuisine.

From street food and high-end dining, there is no lack of choice in the country of the rising sun. But if you haven’t been there, here are a list of authentic Japanese food to try and where to find them:

Ah… the land of cheese and wine. If you can describe the wine you are drinking with a vocabulary like “tannic, woody, full-bodied” and “airy”, you’ve probably got a better appreciation than most people on the street.

If you want to make wine-tasting a big part of your French trip, plan your trip around the six main wine regions in France – Burgundy, Bordeaux, Alsace, Champagne, Loire Valley and Rhone Valley.

Unlike other countries, French cuisine is pretty localised, which means that you may not find all types of French food just in Paris.

Here are some specialty dishes in France you should try that you can hardly find in Singapore:

No trip to Italy is complete without devouring your weight in authentic local delicacies – pizza, pasta, gelato… It’s literally a carb-lover’s haven. The great thing about eating in Italy is that you can find good quality food in every corner of the country, and much of it is available all over the country. Don’t forget to bring home some of these delectable consumables - truffles, pesto, hand-made pasta and cheese to whip up your own Italian meal at home!

Greek food, considered a type of Mediterranean cuisine, is thought to be one of the healthiest in the world. Consisting of lean proteins, fresh fruits and vegetables, unprocessed grains and healthy fats like olive oil, a Mediterranean diet is one that’s tasty without the use of heavy sauce and condiments. And there’s no better place to eat it than in Greece.

Compared to Japanese or Italian cuisine, Greek cuisine is less mainstream in Singapore. it’s never too late to try it in Greece though, not to mention that the call of the beautiful scenery is also a reason why people love Greece.

New Zealand cuisine? Although food from this part of the world isn’t as renowned as the others in this list, there’s still plenty of good food to try in this beautiful country. They are also known for their lovely wine, and you are highly encouraged to spend a day eating and drinking in one of their vineyards for a lovely afternoon.

Some Kiwi specialities and produce that you might want to try include whitebait fritters, kumara, tuatua (a kind of shellfish), green-lipped mussels, minced pie, gourmet burgers and Pavlova.

No stranger to Singaporeans, Hong Kong remains as one of the most-loved foodie cities in Asia. Hong Kong follows Paris with 63 Bib Gourmand entries in 2017 – along with a further 12 in neighbouring Macau. It’s also one of the cheapest places to eat for a Michelin meal(Tim Ho Wan!)

Although you can definitely savour Hong Kong Cuisine in Singapore, nothing beats having it in a local restaurant with an authentic atmosphere. For dim sum, you are highly encouraged to try eating in one of their traditional dim sum houses with pushcart – make sure you are quick though, for most of the food run out fast since everyone would rush forward for the baskets of goodies.

Instead of sticking to restaurants in malls, go out of your way to savour the best of these foodie haunts:

Spanish cuisine is heavily influenced by regional cuisines and is made up of two components – rural produce and coastal cuisine. The great thing about trying Spanish cuisine is that you have lots of opportunities to try different dishes because of the concept of serving them as tapas – appetisers or snacks served in small portions.

Head to one of the bars or restaurants in Barcelona and you can already try many different types of Spanish food over a meal of tapas. Some quintessentially Spanish tapas to try include tortilla Espanola(Spanish omelette), Gambas Ajillo (Garlic Prawns), paella, Croquetas de Jamón (Ham Croquettes), fried calamari, Patatas Bravas (Bravas Potatoes), Mejillones Rellenos (Stuffed Mussels) and Albondigas(Spanish meatballs).

Salivating yet? Food is often a reflection of a country’s culture, and it often pays to try out new cuisine from the country itself. Before you go on your foodie trip, remember to sign up for a travel insurance so that you can eat with peace of mind! Do remember to read up on the hygiene of the country before you take on any street food though!

3 Minute read
The notion of ‘bundled car insurance’ is familiar to many Singaporean motorists. But the subject often causes confusion...
Read more 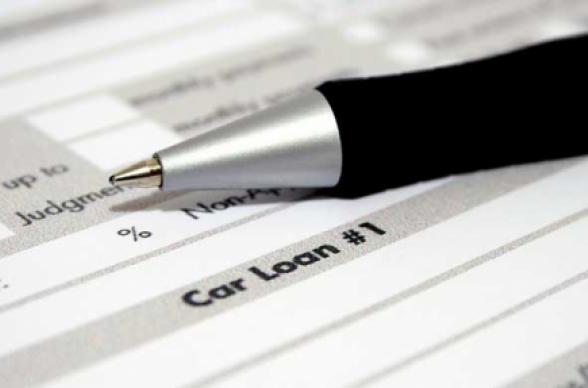 How the New MAS Car Loan Guidelines Benefit You

7 Minute read
Sapa in north-western Vietnam is just a 3.5 hour flight from Singapore, yet it’s hard to imagine a more different...
Read more