What’s Better a Veyron or a Fiesta

Younger car enthusiasts are probably wondering about my sanity right now. How could I possibly be asking this question? The answer is so blindingly obvious some might be screaming at the screen. Don’t worry, my sanity is in place, of course if someone was going to offer me a free choice of either I’d take the Bugatti.

But what if I amended the question slightly?

Instead of what’s better…let’s change the question to: What’s a Better Car for Singapore - a Bugatti Veyron or a Ford Fiesta?

I’ve just added a few words to the question, but those words completely change the debate. No one doubts the raw stats and performance figures of the Veyron, but when you start thinking about driving a sports car in Singapore the reality sets in.

The Ford Fiesta is by far the superior car. Don’t believe me?

The Fiesta is actually more powerful per litre than the Veyron. Shocked to read that? I was the first time I read it as well. But there’ not talking any Fiesta, they’re talking about the eco boosted Fiesta Zetec S. Somehow they managed to wrangle 140 horses out of that tiny, efficient three cylinder making it the most  powerful 1-liter car built and running on the roads today.

With a better horsepower/litre ratio than a Ferrari 458 Italia and more than twice of the 1.6 Fiesta S's from a decade ago, it sounds like an incredibly fun little city car.

Did you catch the last bit in the quote?  “…fun little city car”.

When we sit back and imagine our dream cars we’re free on the road, taking twisty bends in the ALPS and blasting past our friends on track days. The reality is a bit less appealing. We spend most of our days stuck behind the wheel in traffic; speed limited and needing to find parking spaces.

Car reviewers get to see every make and model under the sun and are often flown out to specialized locations selected to highlight a unique aspect of the car they’re reviewing. So when they talk about one car having a bit more speed in 6th gear and a sportier suspension that equals more speed on the track - thus making it the ultimate choice…take it with a huge grain of salt. How much time will you really spend in 6th gear? How many track days will you run really?

City driving is completely different. You’re stopping and starting. You’re weaving in and out of cars. You’re parallel parking a lot. You’re going to hit pot holes and cars are going to bump you. You need something fun and nippy. Something that can get you around everyone else.

Power’s great. But it comes at an expense. Fuel. Lots of fuel. And Oil more of that too. Also wheels and well I could go on and on. If you want to keep a sports car running as it should you’re going to be burning money.

Tiny little city sport model? Still fuel efficient when not hammering the pedal. Wheels are cheap as chips and the things are made to run for thousands of miles without servicing.

Ability to Parade About

Ok, this is the one we’ll give to the Veyron in Singapore. If you went with a Fiesta you’re not going to be turning heads on Orchard road.

But you have to ask yourself do you really crave the admiration of adolescent boys?

Sure it’s nice to turn heads, but over half the crowd will be thinking, “what’s this guy compensating for” when they see you pull up. Seriously. And sometimes you’d just like to arrive without fanfare and be able to take public parking and not pay for valet…because that Veyron’s not fitting in a public lot.

But it’s a complete waste to have a car like that stuck in parade duty slowly going from light to light. If you need something like that doesn’t it make more sense to rent for the night? When I get a car I want to push the car a bit. Something you’ll never get to do in a Veyron stuck in city duty.

Of course most aren’t in the market for Veyrons. But there are equally stupid choice sports cars wasting away on the Singapore streets. Astons, Jaguars, high end Mercs and the like…never opening up like their makers intended. Stuck in traffic right next to the economy cars.

So why not save yourself some money and headache and get a sport model of a smaller car? Fiesta ST or Subaru WRX or something that’ll actually let you really dive it closer to the limits? I guarantee you’ll have less stress and a lot more fun.

And let's not forget about insurance! You don't even want to know what insuring a performance vehicle like that is gonna cost you. It's one of those, if you have to ask you can't afford it kind of things. Personally I'd rather buy a different beach house in Thailand every year.

And since you’re finished with that sports car…I’ll take it off your hands :) 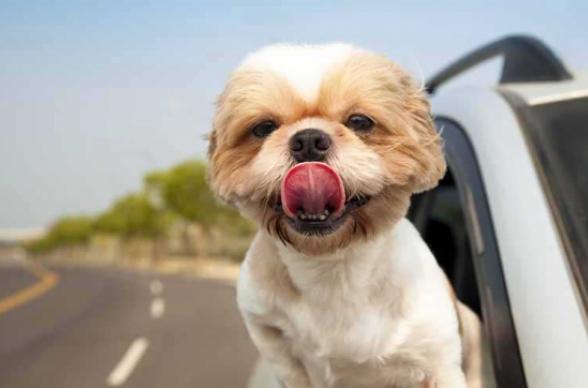 Tips to Travel with a Pet | Pet Travel Tips | DirectAsia

5 Minute read
When life is unpredictable, every pet owner knows there is one thing they can rely on. Dog or cat, our animals offer...
Read more

7 Minute read
With 2018 just a few weeks away, many first-time travelers are preparing for various trips around the globe. They are...
Read more
Car

Pros and Cons of Buying A Car Online | DirectAsia Insurance

5 Minute read
The largest auto markets lie with the United States and China, with China taking the number one spot as being the world...
Read more