Trekking in Nepal – The Taking of Poon Hill, 3120m

Trekking is big business in Nepal. It’s one of the few aspects of the economy that the Nepalese Government has successfully developed – one which attracts adrenaline-junkie climbers and less ambitious view-seekers in equal measure. Mountains such as Annapurna I, Doulaguiri and of course, Everest, bring thousands of trekkers into the verdant hills of this small country, from where they may or may not ascend past 3, 4 or 5 thousand metres. And then there are those who risk life and limb by climbing the 6, 7 and 8 thousand metre goliaths.

I, however, arrived in Nepal looking for a bit of fresh air and a nice view, rather than the prospect of falling off a rock face or being buried under an avalanche. But as I was to discover, even my suburban plans were to be rather challenging.

The first task for a budget trekker is of course to get an affordable guide. In the Himalayan jump-off town of Pokhara I began my enquiries. For the 2 days and 3 nights I had scheduled, the price ranged from US$180 to US$260 – doable, but not as cheap as I might have liked.

Then, after leaving a trekking agency with a US$200 dollar quote, I bumped into a small man in smart shirt and shoes, who earnestly explained he was an independent trekking guide. Named Gavi, he only charged around US$12 a day, leaving me to pay for my own accommodation (mountain tea houses) and food. With a potential grand total of around US$100, what could I say? I also felt I was helping someone who didn’t have the benefit of a travel agency or office; he could only vie for business in the street, outside agencies or by hanging around map shops.

Next day we met and arranged all the permits and documentation needed to enter the Himalayas proper. The day after, we were all set, and took a rickety local bus (this being a value trek) to a key town in the foothills, from where we began our ascent.

The aim was to reach Poon Hill, which despite its name actually rose to a dizzying 3210m. It would offer views of the 7th and 10th highest peaks in the world. En route, I would get a real taste of the Himalayas.

Early on we passed a heavy old Nepalese lady on a tired mule, who, led by her family, was hauled up some very steep gradients to her village; an epic journey necessitated by a medical complaint. The only way to transport anyone or anything in the mountains is by donkey, mule or man. Next up was man lugging a large cage holding a dozen or so chickens. His job was to sell them as he ascended, often running out of chickenware halfway up.

But for my own vegetarian tastes, the first tea house did nicely, and at around S$2.50 for a bed, was not too expensive at all. This guest house, like most in the mountains, was run by Mongolian-descended peoples – boasting some of the most exotic and striking women I’ve ever seen…but there was little time to fraternise: I had a hill to climb!

Next day we rose higher, passing the home of the old lady on the horse, and stopping for a coffee (she had dismounted by this time). Much later we arrived at out our second tea house, at the foot of Poon Hill, and I hit the bed like a sack of proverbial chickens – even though it was only 3pm.

Gavi knocked on my door. It was 4.30am, it was dark – and it was time to take Poon Hill. Cramming emergency Dairy Milk into my mouth for extra charge, I plodded up the steps towards the famous viewpoint, led by my enthusiastic guide. I hadn’t suffered any altitude sickness thus far, but that was about to change. My heart pulsed audibly in my ears as I rose, drumming along despite the fact my speed would embarrass a snail, not to mention spritely Gavi. He was keen for me to see the early morning clouds part, revealing the world’s 10th highest peak, Annapurna I. I tried to absorb the beauty of it, but my heart and head were pounding away painfully; perhaps I should have trained a little before this?

…And the Clouds Parted

Somehow though, breathlessly, I made it to the top. Gavi pointed out how lucky we were that the clouds had parted, revealing Fishtail Mountain and Doulaguiri among others; the locals said the range had been obscured for 3 days. As my pulse slowed, I was grateful and surprised to discover a small stall selling Nescafe, an imbibe which helped me appreciate the epic view: sunlight breaking over Fishtail Mountain, illuminating aquatic life forms in the wispy clouds; Annapurna South and Annapurna I were ephemeral hazy blue cut-outs, behind burning white light.

“Are you happy?” asked Gavi.

Despite being several thousand metres below these giants, Poon Hill seemed to be almost as high, affording views that were hard to take in. The size of these rocks appeared to dwarf humanity, perhaps the reason that so many risked their lives in trying to dominate them. But as far as I was concerned, I wasn’t going to mess with these monoliths; Poon Hill was enough for me.

Having met several people who had to abandon their trek or even be helicoptered out due to a medical emergency, it’s highly recommended that you have adequate travel insurance before you go. It also gives you a bit of peace of mind – so you can truly enjoy the amazing views. While it has its challenges, trekking up to Poon hill is possible for anyone with decent fitness; I met people of all ages from many countries on the way up.

Find out more about Trekking in Nepal

Love History, Arts and Culture? 9 Free Things To Do In Singapore

6 Minute read
Visiting or living in Singapore? You are onto a good thing, check out our top picks for 9 free things to do in Singapore...
Read more 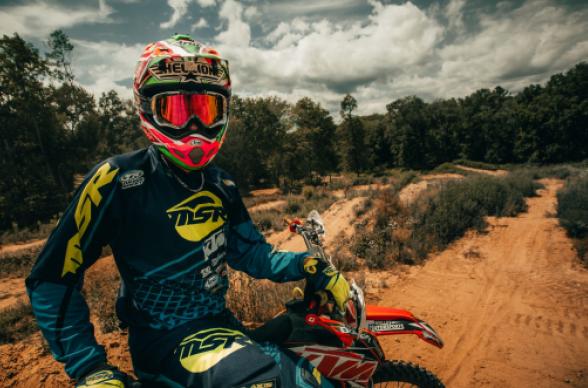 9 Minute read
Beginner's Guide: How to Prepare for a Motorcycle Adventure Riding Trip Reading time: 4 mins If you are a motorbike...
Read more