Toyota makes cars people like. This feisty Japanese company has been headed towards world domination for a while now.

“The rise of Toyota Motor Corporation to the largest and most profitable automaker in the world has been well documented. With hundreds of millions of durable, reliable workaday cars and trucks produced over a span of almost 80 years.” caranddriver.com

The Lexus, the Camry, the Corolla. Toyota has outsold superstar rivals like Volkswagen for seven of the last eight years. This despite more than one highly publicized safety recall.

“Ever since the launch of the first generation model in 1998, the Toyota Harrier has been a firm favourite among the crossover-buying crowd, wooing buyers with its good looks, great build quality, and decent practicality. Its biggest draw was perhaps that it was a Lexus RX save for the engine, badges, and price tag.” oneshift.com

There used to be a thin line between a Harrier and a Lexus. But after a dip, when the third generation Lexus RX was launched in 2009, the Harrier is making its comeback. The new generation Harrier has parted ways with Lexus, and is now based on the Toyota RAV4 platform.

The Harrier 2.0 is a good looking car, curvy without the heaviness. The right amount of chrome. There are nods to previous models in the signature upward kink of the rear quarter windows and the tapered tailgate.

It’s the difference between luxury and a cheap date. The interior has no cheap, hard plastics, it’s all soft, lush and leather. Except for the shiny plastic trim on the center console. Electrically operated front seats, dual-zone and touch-sensitive air conditioning controls, a full panoramic roof. Plus lots of controls on the steering wheel. Elegance, comfort and space all round.

“The “Super CVT-i” gearbox drones a little, but it is extremely efficient and plays a big part in contributing to the decent fuel consumption figures of 12 to 13km/L. It also has selectable settings, with ”PWR” for sprightlier performance, and “ECO” for smoother and more relaxed drives.” oneshift.com

So the Toyota Harrier is what you’d expect. It’s roomy, comfortable, fuss-free and more than a little luxurious. And that’s why people like Toyotas.

Get great value car insurance in just 5 minutes. Choose the plan you want. Pay the way you want. You are insured! We make insurance better, so you have more time for your car.

6 Minute read
If you own a car in Singapore – or wish to own one – your heart beat may quicken when you hear the terms ‘Certificate of...
Read more
Travel

5 Minute read
is sizzling. And it’s not just a fondness for Chilli Crab that draws ever more international visitors to our small but...
Read more 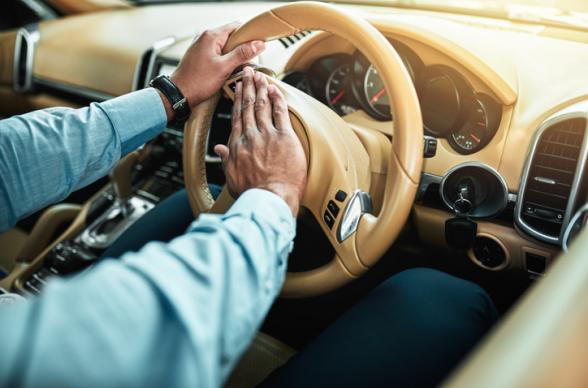 7 Biggest complaints about driving in Singapore

6 Minute read
With the high cost of owning a car in Singapore, you’d have expected that paying such a high price will guarantee a...
Read more