The Irresistable Allure of a Continental Car in SG

There are as many definitions of ‘Continental Car’ as there are number of people who defines them. For some, it’s simply because these cars are from the continent of Europe that’s why they’re called as such. Others say that in everyday conversation, when someone refers to a car as ‘Continental’, they just simply want to highlight that the car’s signal and wiper controls are reversed - Continental cars have the signal controls on the left and wiper controls on the right, while for Asian cars, it’s the reverse. Then again, for some group of people, ‘Continental’ simply means ‘atas’.

The Rise of ‘Continental’

Clearly, this is an indication of Singaporean’s strong appetite for these types of vehicles. And for good reason. These cars are replete with rich history. In an article from globalcarsbrands.com, it’s said that: “German car companies have a history of manufacturing high class vehicles where performance is more important than appearance. Following the “function over form” principle, German car brands focus on functionality and quality. These valuable qualities make Germany the leader of auto production in Europe, and place it among the top 5 countries in the whole world for vehicle manufacturing.”

An average Singaporean echoes this view. In an informal poll, responses on “why would you buy a Continental car” is pretty on point:

“Every single cent paid for a continental car is worth it. Everything is high quality. For example, the leather used to wrap the seats is factory-fitted. This means better quality leather that lasts as opposed to leather that feels synthetic and doesn’t wear well.”

“Engines, well-engineered. Suspension system and chassis, sophisticated. Ergonomically, they are the best.”

Not just Continental, Infiniti is on the rise too

But our growing fascination over ‘atas’ vehicles are not only confined to German-made cars. Infiniti, the luxury vehicle division of Japanese automaker Nissan, is also slowly gaining popularity as well. In the same LTA statistics, new registered Infiniti cars more than doubled in 2015 compared to previous year, at 222 (vs. 91 in 2014). Thanks to good review it’s been receiving not only from local car enthusiasts but globally, as well.

But no matter what make of vehicle you’re driving in this diminutive island of ours, what’s important is you get to keep what you bought into in the first place – be it quality, luxury, unparalleled engineering or magnetic beauty. What you want is to have a peace of mind that no untoward incident can take all these things away from you. Keeping your precious vehicles covered by car insurance in Singapore and making sure that your insurance provider has a dedicated claims specialist to assist you in time of need are things you must have in your checklist.

As an important note, DirectAsia has recently expanded its underwriting solutions to include the following vehicles so you’re assured that not only you get a great deal but a great service as well.

Get happier car insurance at http://www.directasia.com/continental-car-insurance/

The Football Lunacy Begins: Best Places to Watch the World Cup in Singapore

6 Minute read
We decided to do the Great Ocean Road backwards. That is, we took the fast road up to Port Fairy and then slowly made...
Read more 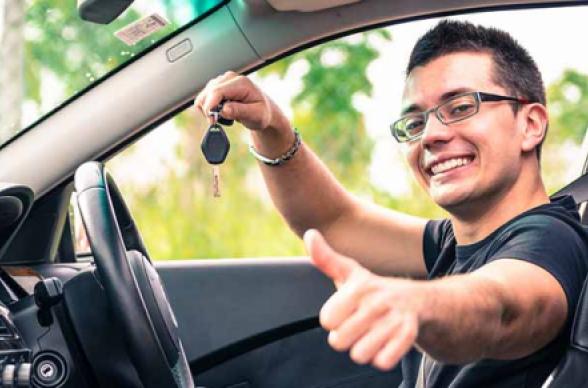 Is an Off-Peak Car Right for You?

5 Minute read
Owning a car is incredibly convenient and liberating. You wouldn’t be reliant on public transport, you won’t have to...
Read more