Over the past few days we’ve been covering the results of a survey featured in the Straits Times that concluded Singapore Drivers just don’t feel as safe on the roads these days as they used to. We’ve run through the first two “biggies” already: Texting and Drink Driving.

Now we’re down to the last topic. One that's a bit trickier than the others:  Aggressive Drivers

Road Rage, Road Aggression, Road Bullying…whatever you want to call it. The topic is trickier than the other two because those are seen more as extreme case examples. Road aggression, however, is almost a daily part of driving in Singapore. It’s no wonder too, cars are EXPENSIVE here. Even a simple Honda Fit is around $100K MORE than it would cost you in the US! That’s a significant investment and it makes sense people take any slight towards their car seriously. To be clear, we’re not saying we approve of aggressive behaviour. We’re just saying we understand. Cars are serious business in Singapore. Just getting the right to own one can take someone months, if not years. Then you still have the payments, car insurance, ERPs, downtown parking costs…it feels more like you're operating a yacht than a simple automobile. So you have all these cost factors that are unique to Singapore which will already have people watching out a bit more for their car. Then you add on top traffic, road maintenance delays, bad weather and other factors…drivers become powder kegs waiting to explode.

OK, it’s probably safe to say that most people react negatively to full on road bullying tactics. You know what I mean when I say over aggressive. If not just search through YouTube and you’ll see a ton of videos uploaded by safe Singapore drivers highlighting extreme cases of road rage. Some videos have even gone viral internationally. Our nation is becoming known for drivers chasing others off the road, intentionally smashing into others, and more! One bright note is that the user reactions to these videos are firmly against these drivers (if you read the comments). Some of the “road bullies” have even been identified and bullied online by overzealous online detractors. So the majority of people agree this is unacceptable behaviour and swear they’d never do something so rash and foolish…

Not So Obvious, but Potentially Worse

But what about the aggressive driving behaviours that are accepted? Sure, none of us are going to chase someone off the road, but that’s not the only way you can be a road bully. Have you ever: Most would claim these to be standard practices for driving in Singapore. But if we pause and think about it, many of these practices actually make things way worse. You could smash into someone when speeding to catch a light because you’re not paying as much attention as you normally would. Driving at regular speed in the wet...well just go out one day when it’s raining and note all the accidents. Yeah, sometimes you might even get away with it. Sure YOU might save a few seconds, but what about the car behind or ahead of you? Studies show that one poor driving decision could ripple through the day for hours after the choice was made. Selfishness is another form of aggression. You’re saying your needs are more pressing than another’s which makes you act without considering their interests. And just because Singapore streets appear safer than say, Bangkok doesn’t mean that they are. When you rush suddenly or do something out of the rules, another car is expecting you to do as you should…so in a way because we’re safer we’re actually more dangerous.

Aggression Starts and Stops with You

Honestly how many full on bullies are there on the road? With dashboard cams becoming the norm, the full blown road ragers will be brought to justice if they haven’t already been. Statistically the viral video worthy bad drivers are a fraction of a minority of those on the roads today. But there are still way more accidents than one would expect for such a modern city. So the aggressive drivers left are you and I. And here’s the thing, we can scold, nag, highlight the activity in articles…but at the end of the day YOU are the one in control when you head out. If someone provokes you, that doesn’t give you license to reciprocate. You’ll still be held accountable if you’re goaded into following up or giving chase. Slow it down. You’re in a comfortable car, outside the elements, with music you’ve chosen to listen to, in a nice leather/cloth seat. So what if you sit through one more light? That’s just another tune you get to take in or a bit more time spent talking to a loved one riding with you. See someone do something stupid? Forget it lah. Give them a big smile and keep to your pace. See a light about to change? Stop! Some idiot honks at you for not gunning it through the light? Turn up your song a bit louder and enjoy the day.
Share article

3 Minute read
As Singapore’s 2013 car sales figures came in, many supercar CEOs over in Europe were shedding a tear. Despite having...
Read more 7 Minute read
Does it Matter if Your Car is Big or Small? Reading time: 3 mins There are three types of car sizes – bigger SUVs...
Read more 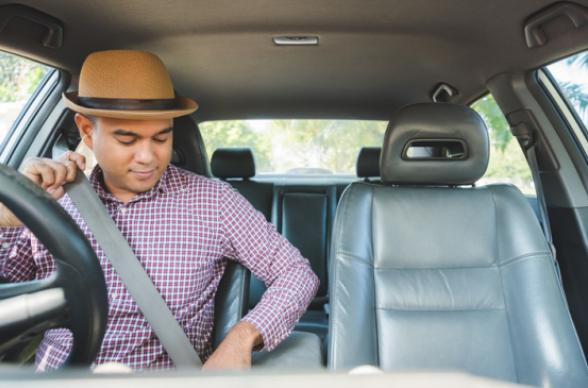 12 Minute read
Driving License in Singapore FAQs – All You Need to Know Reading Time: 6 Min Read Congratulations! You have finally made...
Read more