Three Lamborghinis Crash. How (Not) To Drive A Supercar

With great cars comes great responsibility. Something the drivers of three Lamborghini supercars learned the hard way recently, after their million-dollar Aventador and Gallardos were engulfed in flames. Thankfully, the drivers escaped unharmed after they crashed into each other on the way from Singapore to KL on the North-South Expressway near Seremban.

According to witnesses, the Lamborghinis were driving towards KL in convoy when the lead car lost control and slammed into the central road divider, causing the two cars following to crash into it. The vehicles are registered in Singapore.

“The drivers were unhurt. Two fire engines and 14 officers were dispatched to the spot and arrived about seven minutes after the crash.” Negri Sembilan, Fire and Rescue Chief, Norazam Khamis talking to the New Straits Times

Although it is not evident that these supercars were speeding at the time of the accident, a local man expressed concern about the behaviour of other drivers that he has witnessed on this same stretch of highway,

“I've seen on several occasions Singaporean sports cars convoys speeding well beyond the 110kmh on the PLUS highway. It is hazardous to other users and this proved my fear. I do hope in future the highway is not treated as F1 track.” Mohd Nordin, commenting on Strait Times article, 6 December 2013

Pictures of the Lamborghini supercars reduced to ashes come hard on the heels of the recent fatal crash involving Fast and Furious actor Paul Walker who was a passenger in a 2005 Porsche Carrera GT when the car slammed into a light pole and burst into flames in Hollywood.

Many Singaporeans will also remember the tragic case where three people died when a Ferrari 599 GTO ploughed into the side of a taxi while speeding across a city centre junction in Singapore. The Ferrari driver, Ma Chi, was killed instantly, while the cab driver and father of three, Cheng Teck Hock, and his passenger died a short time later.

These tragic events serve as a stark reminder of the deadly potential of the world's fastest sports cars.

“The faster the speed of a vehicle, the greater the risk of an accident. The forces experienced by the human body in a collision increase exponentially as the speed increases.” SmartMotorist.com

As ever more Singaporeans fulfill their dream of taking the helm of the latest Ferrari or Zonda, let’s remember that supercars are a whole other breed of automobile, and they take more than a little fantasizing to handle properly. Here are DirectAsia.com’s top tips on how to (safely) enjoy the ride:

The key to any supercar is respect, and understanding what really makes the vehicle roar - in the case of the Mercedes-Benz SLR McLaren, a supercharged V8 engine that pumps out a staggering 626 horsepower. Gutsy it may be, but all that power requires delicate handling.

“This car is about more than just good looks and requires finesse and a controlled foot to reign in on the road.” AskMen.com

Supercars aren’t that considerate. They’ll let you know that you have made a small error in your driving judgment, often with a full 360-degree spin. Hard to correct at any speed.

Until you’ve tried the left-hand pedal of a supercar like the Lamborghini Gallardo Superleggera, you’ve yet to know how tricky braking can be,

“Equipped with carbon-ceramic brakes normally found on Formula One racing cars, the Superleggera’s braking power is unparalleled, and actually quite difficult to control. The lightest tap of the brake pedal in the Lambo sent anyone in the vehicle pitching forward as the beastly coupe came to a savage stop.” AskMen.com

When you’re dealing with a great deal of power, technology and engineering, it matters more than ever to be confident in your driving.

“Sticky situations can usually be dealt with by letting off the gas, putting the car in neutral if it’s a manual transmission and refraining from any sudden jerky movements with the steering wheel.” AskMen.com

Supercars cars are designed to be enjoyed, but if you’re pushing the speed limit or driving as if you are Sebastian Vettel, not only are you risking your life but the lives of those around you.

“An impact, even at 18 mph can seriously injure or even kill a pedestrian.” SmartMotorist.com

Not everyone gets to drive a supercar. If you are ever privileged to take one of these phenomenal machines out on the road, take a deep breath and enjoy responsibly. It’s bound to be incredible.

DirectAsia.com is committed to rewarding safe drivers with cheaper car insurance. As always, we will do everything we can to make life for Singapore’s car drivers a little smoother. 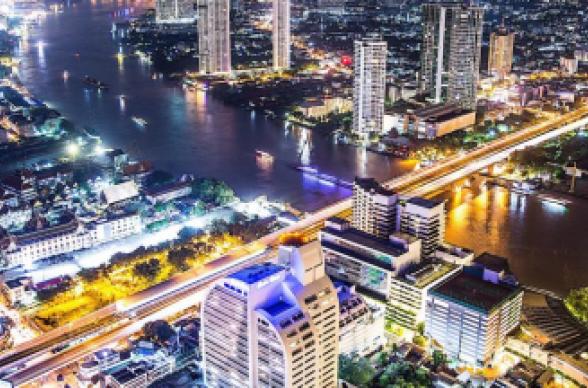 Places to See in Bangkok | Things to Do

12 Minute read
Now that you're able to travel overseas again with borders opening up in the post- pandemic world, why not pack your...
Read more
Car

4 Minute read
Once you have chosen the best car insurance policy, you pay your premium every month in the hope that you will never...
Read more
Car

Rewards For Safe Driving – How You Can Benefit