Why not slip away to an old, old place that hasn’t changed for centuries? At Kakadu National Park, the waterfalls are sparkling and the wild animals are free to roam. Apart from the odd kangaroo nibbling at some grass, the landscape is still. The city is far, far away.

Kakadu National Park is the largest national park in Australia, covering almost 20,000 square kilometres. That’s nearly half the size of Switzerland! It is listed by World Heritage listed for both its environment and living Aboriginal culture.

Aboriginal people have lived in Kakadu for over 50,000 years - the oldest living culture on earth. More than half the park is Aboriginal land, and Kakadu’s traditional owners manage the park in partnership with Parks Australia.

The oldest rock paintings are up to 20,000 years old. You can see some fascinating records of more recent events too - look out for the 'first contact' paintings at Nanguluwur, showing the tall ships that first brought Europeans to Kakadu.

There are around 280 different types of birds - around a third of all the bird species in Australia. The park is also home to over 10,000 crocodiles - a tenth of all the crocs in the Northern Territory! That's one croc every two square kilometres on average...although if you look carefully at places such as Cahill's Crossing and Yellow Water Wetlands, you can see up to seven crocs in the one stretch of water.

Kakadu contains around 2,000 different types of plants, which change dramatically as you venture inland. The coast is lined with mangroves, which make way for monsoon rainforest, waterlily-covered billabongs and open woodland as you head further south. By the end of each tropical summer, the speargrass has grown to over three metres high. Then along comes Banggarreng or 'knock em down storm season' - a time recognised by Aboriginal people for the big winds that blow all the speargrass flat.

Craving freshly cooked barramundi? Keen to try crocodile? You’ll find a range of local specialties at the restaurants in Kakadu’s various hotels. Most happily serve visitors who aren’t staying onsite, so if you’re camping there are plenty of options.

For self-caterers, the town of Jabiru has a supermarket, bakery and cafe. For delicious bush tucker, why not join an Aboriginal guide on a cultural tour? Animal Tracks Safari and Kakadu Culture Camp are great options.

“From November to May, waterfalls are at their most spectacular and the lowlands are flooded, attracting millions of migratory birds. The Nature’s Way tourism drive is a great way to explore the park. The drive runs along the Arnhem Highway to Jabiru, then the Kakadu Highway to Pine Creek, and then south on to Katherine and Nitmiluk National Park. Take to the air in a light aircraft during the Tropical Summer (November – March) for a breathtaking view of Kakadu’s majestic Twin and Jim Jim waterfalls. Take a cultural cruise on the East Alligator River. Cruise the Yellow Water Billabong and spot birds, animals and big crocodiles. Bird watch at Mardugal Billabong or try the Mardugal Billabong Walk. Call in to the Bowali Visitor Centre for the latest information on Kakadu.”

You may be familiar with northern Australia’s tropical summer (November to March) and dry season (April to October). Kakadu recognises six different seasons, based on thousands of years of Aboriginal knowledge. There are subtle variations that signpost the transition from one season to another - changes in the weather, which plants are in flower, and which bush foods are abundant.

Over three months every tropical summer, the land is drenched by up to 1.5 m of rain. That’s enough to blanket roughly one third of the park in flood waters, stretching out on either side of the highways as far as the eye can see. It's a beautiful sight!

The easiest way to get to Kakadu National Park is by coach tour or by hiring a car, and traveling from Darwin or Katherine. If you are driving yourself make sure you refuel your vehicle as frequently as possible. Unleaded and leaded petrol and diesel fuel are available at: Kakadu Resort (at South Alligator), Jabiru, Cooinda and Mary River Roadhouse.

It takes approximately 3 hours drive from Darwin, and the same from Katherine to reach Kakadu. How much is it to tow a car from a highway?

7 Minute read
While any car trouble is an inconvenience, these things seem much worse when they happen along a highway. If there’s...
Read more
News

7 Minute read
It was a sunny Saturday morning, as we moved in to setup our booth at SCAPE Orchard for SingaporeBikes.com roadshow...
Read more 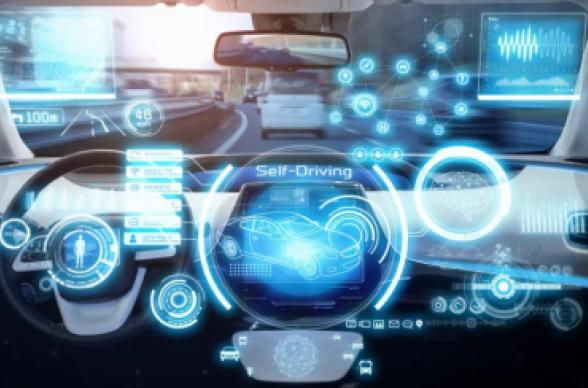 Self-Driving Cars | 4 Ways it Will Change the World

6 Minute read
4 Ways Self-Driving Cars Will Change Our Lives Reading time: 2 mins Imagine this: you get into your car, tap a few...
Read more