The new insurance fraud hotline set up by the General Insurance Association of Singapore (GIA) has now been running for over two months, enabling Singaporeans to report possible cases of insurance fraud.

Fraud costs the Singapore insurance industry S$140m each year, with a large proportion of this cost relating to false car insurance claims. Such losses ultimately result in higher premiums for motorists.

‘Flash for Cash’ - Could it Happen in Singapore?

Insurance fraudsters use a variety of approaches to make false claims. Fortunately, some of the more underhand approaches are relatively uncommon in Singapore.

In the UK, for example, a phenomenon known as "flash for cash" has come to the notice of the country’s insurance fraud investigators. The technique involves criminals flashing their headlights at another vehicle at a junction as an invitation to pull out, then intentionally crashing into them.

Criminal gangs have been applying this technique to more vulnerable motorists such as elderly drivers or mothers with children on a school run. They then make a number of false claims for such things as whiplash, recovery, repairs, vehicle storage and replacement car hire. One incident can make a gang many thousands of pounds.

'Crash for Cash' - Hitting the Brakes Without Warning

Another more established insurance scam in the UK is called 'crash for cash', whereby a criminal hits their brakes suddenly, causing the car behind to crash into them. Sometimes brake light bulbs are removed altogether so the car behind has no idea the criminal is reducing speed.

But of the two, 'flash for cash' has been the more difficult to prove in UK courts.

'Crash for Cash' in Singapore

Sadly, crash for cash also occurs in Singapore. One recent example is that of Mr Loh Siaw Kum, a taxi driver who was paid S$2,000 to permit his taxi to be driven into a vehicle which then collided with another vehicle. S$7,100 was paid by Loh's insurer for repairs to his taxi. Loh Siaw Kum received a six month jail sentence after admitting the crime in court.

The new GIA hotline will make  it easier for authorities and the public to work together in preventing and reducing insurance fraud techniques – minimising the incidence of 'flash for cash' or 'crash for cash' in Singapore. Speaking last December about the new hotline, GIA Executive Director Derek Teo said,

“Insurance fraud ... is everybody’s concern because we all pay the price. We seek cooperation from members of the public to help us in preventing and combating this problem by alerting us of any potential cases of insurance fraud by calling the hotline.”

Those with evidence that they have been victim of a staged accident, or who have been offered money by touts in exchange for submitting false, inflated or otherwise fraudulent claims, have been urged by the GIA to use the hotline, which can be reached on 1800–44–37283 or “GI-FRAUD”.

As most motorists are aware, the key benefit of controlling insurance scams is lower premiums for everyone.

Driving Abroad? 5 Tips To Help You Be Aware and Stay Safe

4 Minute read
1. Plan For Success Get the right car for the occasion, book a car that will accommodate you, any family members and...
Read more 7 Minute read
The English Premier League has its name for a reason. It's pretty premier. It's easily one of the world's topmost...
Read more 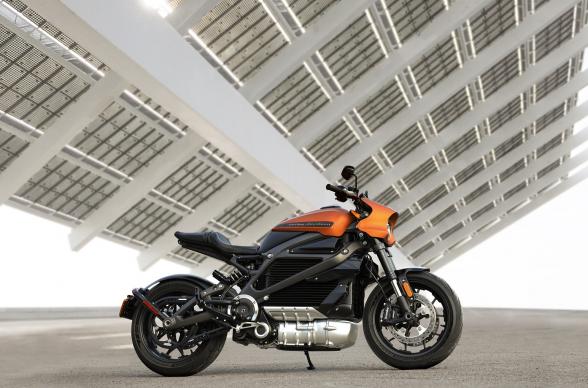 Electric Motorcycles | Can I Ride it in the Rain

6 Minute read
Can I Get Electrocuted Riding My Electric Motorcycle in the Rain? One of the concerns motorcycle riders have when...
Read more