From Singapore to Skiing the Snow Slopes of Japan

New to skiing we opted for the powdery white slopes of Japan. Here’s how we got on…

As a family we were novices when it came to skiing. We’d heard all the great stories about skiing holidays in Japan, the fluffy powder snow, the outdoor Onsens or hot-tubs and of course the sushi. Obviously we were keen to check it out. One of the major draws for us was the fact it was on nearly the same time zone as Singapore so no jetlag to deal with on our return unlike Europe.

Having trawled the internet we were overwhelmed with the number of choices to make. Niseko or Sapporo? Apartment or hotel? Ski schools? Added to that was the drawback of two connecting flights: one from Singapore to Tokyo and another onto your final destination… For ski newbies like us plus having two young kids, aged 9 and 11 in tow it was starting to look a little daunting.

Then we discovered a resort in Sahoro, Hokkaido that offered all inclusive options. I booked the holiday online including flights within minutes knowing that everything would be taken care of including ski hire, lessons, dining options…the lot, hassle-free due to the package offered.

Japan is expensive but at just over S$11,000 for the package for a family of four excluding ski hire it was a great deal. Considerably cheaper than all the other options.

It was a six-hour flight overnight to Tokyo and then an hour in transit before heading off on a two-hour flight to Obihiro in Hokkaido, in the north of Japan. It was tiring but manageable and we arrived early morning in Hokkaido, where we were met by the bus.

So far so good, only one thing was missing… not a snow-flake to be seen.

I reassured the kids that we’d be travelling up into the mountains where there’d be plenty of snow. An hour later, still not a mountain or a snow-flake in sight. We had booked right at the start of Japan’s ski season in mid December to coincide with the kids’ school holidays and that ‘great deal’ we got was starting to look ‘not so great.’

Turning into the resort we could see white nursery slopes but still in the distance brown sludge coloured mountains leered at us. Undeterred the kids threw on their ski clothes borrowed from family friends and headed out to frolic in the snow. It didn’t matter that this had been laid on by snow-machines.

That night around the bar there was plenty of chatter about the snow or lack of it… but right on cue the heavens literally opened and down fell snow like we’d never seen before and it never stopped. Huge sighs of relief all round.

The next day the snow was knee deep and those ugly brown mountains had disappeared under a beautiful blanket of white…phew. We spent the next five days skiing in the mornings and then again in the afternoons. The kids and the husband couldn’t get enough. They went from novices to skiing and snowboarding from the highest slopes up to 3,280ft, reachable only by cable car.

International ski instructors from all over the world entertained the kids. They had been well and truly bitten by the ski bug. I, on the other hand, was quite happy to go on organized snow-treks, spa visits, and gym workouts or just hang around sipping coffee with a good book.  It’s worth noting that although Sahoro was suitable for us newbies it also satisfied the more adventurous and advanced skiers.

In the evenings we would all eagerly jump into the Onsen, the outdoor hot-tub in temperatures up to minus 10 degrees. Surrounded by snow and under the stars, it was magical.

The food was to a high standard and the kids enjoy getting to choose their own fodder. The rooms were basic but functional and the heated toilet seats were a big hit with the kids.

The litmus test for me, though, is would we go back again…? We booked as soon as the holiday bookings opened up. We’ll be there again this December and hopefully the snow will be too!

8 Minute read
The lower price of a used motorcycle can be tempting for bikers on a budget. Although online shopping is often reserved...
Read more
Travel

5 Minute read
The reasons you give your parents, or your partner, for owning a motorcycle are usually drawn from the ‘practical’ list...
Read more 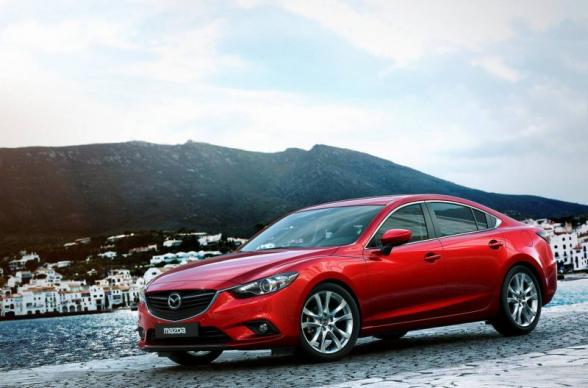 Mazda Owners in SG Will Rejoice with This Piece of News

3 Minute read
There is no doubt that one of the best and most cost-effective cars to drive around Singapore is Mazda. In fact...
Read more