Just three hours west of Bangkok lies the River Kwai, a beautiful stretch of water that attracts thousands of foreigners and Thais each year. But most tourists don’t come for the pretty scenery – they’re here to view the remnants of a particularly grim wartime infrastructure project: the Burma Railway, or, as the men who built it called it, the Death Railway.

Under the Japanese, who had by 1943 swept through a large swathe of South East Asia, around 90,000 Asian forced labourers died completing the railway – including many Singaporeans – along with 12,399 Allied prisoners of war. Many of the British, Australian and other Commonwealth soldiers who cleared jungle, laid track and built bridges had been taken prisoner by the Japanese after the fall of Singapore early in 1942.

The huge number of deaths associated with the railway is testament to the difficulty of the project; one that just a few decades earlier the British had dismissed as impossible due to the terrain. And if overwork, accidents, executions or chronic malnutrition didn’t kill a worker, then beri beri, cholera or dysentery might well.

The Bridge on the River Kwai

David Lean’s 1957 classic The Bridge on the River Kwai ensured the Burma Railway was not forgotten, although the film was not entirely accurate. The depicted bridge did not really exist, although two similar wooden bridges – now long destroyed – had been built in nearby locations.

The most important bridge in the vicinity – which had survived the war even after being bombed by the Americans – was on a River called Mae Klong. This gave Thai tourism authorities a problem; visitors wanted to see the bridge in Lean’s film, but it did not exist. The Thais had a simple solution: rename the river ‘Kwai Yai’ or ‘big triburary’.

The fact that the bridge everyone comes to see is not the one in the film does not detract from its significance. Many men died in its construction, and the history seems all the more recent because the bridge is still used by Thai State Railways today. Indeed, the remaining line is cherished and well cared-for by the authorities and the locals – not least because it attracts so many tourists.

How Do I Get To The Bridge On The River Kwai?

If you arrive in Don Muang Airport in Bangkok you can easily reach Thon Buri railway station by bus or taxi; Thon Buri, also known as Bangkok Noi station, is situated on the western bank of the Phraya River. Suvarnabhumi Airport is approximately the same distance from Thon Buri, but in any case a night or two in the Thai capital might be in order before heading west.

A one way ticket to Kanchanaburi – the town set by Kwai Yai and the bridge – costs 100 baht (around S$4), unless you’re Thai in which case it is free! The journey takes three hours and carriages are simple (3rd class) but comfortable enough. You’ll find a wide range of accommodation options in the town itself, from budget rooms to high-end options with fantastic riverside views.

Make sure you get up early to see the sun rise over the river; arguably the most peaceful and beautiful time of day in Kanchanaburi. You will also see a lot of orange-robed monks being given alms by locals in the half-light – a magical sight.

Is It Safe To Visit Now?

While political unrest continues in Bangkok, the truth is that the majority of the city is untouched by the trouble. The airports and public transport services are operating reasonably well. Certainly in Kanchanaburi there are no problems – aside from some weekend alcohol restrictions in the run-up to the election!

You could easily never see a single sign of political unrest in the Bangkok itself, unless you make a concerted effort to seek it out – which we do not recommend.

Indeed, like the majority of travel cover policies available, DirectAsia.com’s travel insurance stipulates that “wilful exposure to danger” could result in a repudiation – so best to stay in the quiet spots, of which there are many!

You can buy your travel cover instantly online or over the phone with DirectAsia.com.

What Else Is There To Do in Kanchanaburi?

A number of tours are available in and around Kanchanaburi which take in the museums, bridge and a place called Hellfire Pass – a gap carved into a mountain by labourers and POWs in which the rail track was laid. Some tours also take you to some of the pretty waterfalls in the area. The nightlife of Kanchanaburi is also worth sampling, although the numerous ‘girlie bars’ may not be to everyone’s taste. Live music can be enjoyed in some of the more regular bars, and a good selection of restaurants is available offering delicious Thai cuisine.

Whether you are interested in the history of the Burma Railway, or just want a quiet riverside getaway and a taste of Thailand, Kanchanaburi and the River Kwai could be extremely rewarding.

What’s Better a Veyron or a Fiesta

8 Minute read
Younger car enthusiasts are probably wondering about my sanity right now. How could I possibly be asking this question...
Read more 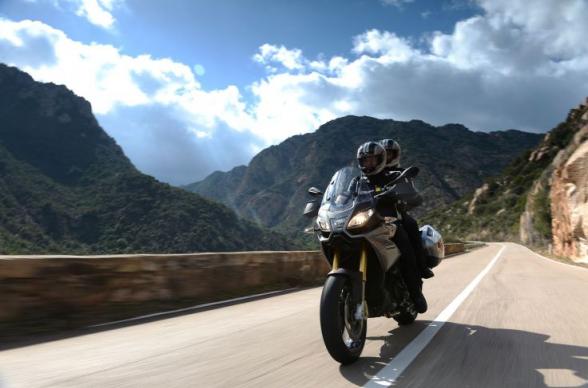 5 things every rider must carry for a roadtrip - DirectAsia

7 Minute read
Whether it’s a day trip or an excursion spread out in a couple of days, most motorcycle enthusiasts in Singapore dream...
Read more
Car

Driven to Distraction: Which is Worse - Inexperience, Mobile Phones or Kids?

6 Minute read
Most of us know that reaching for our cell phone whilst behind the wheel increases the risk of an accident substantially...
Read more