Countries to Visit for Architecture Buffs

Magnificent snow-capped mountains, white-sand beaches, neverending streets of shopping malls and medieval architecture… these are just some of the many sights one can expect on a holiday. But which type of travel do you like? Architecture reflects a country’s heritage, plays a significant role in nation-building and informs about the people’s culture and beliefs in a country across time. If examining the intricacies of a building is something that interests you, here are some of the best countries to visit:

Visiting the architecture and world-renowned ruins in Athens is like travelling back in time to ancient Greece. Stonework dating back to 400 BC, temples held up by centuries-old columns, and beautiful sculptures and statues are a common sight. If classical architecture is what you admire, do not miss some of the impressive architecture of their time - the iconic Parthenon, the medieval city of Rhodes and the ancient theatre of Epidaurus.

If you find straight columns used in architecture boring, then you might want to check out the Art Nouveau-styled architecture in Hungary. Art Nouveau  came into fashion in Budapest in the late 19th century to early 20th century - a synthesis of ornament and structure, often expressed with the liberal combination of materials. Ironwork, glass, ceramic, and brickwork, for instance, were used in the creation of interiors. The style is embodied in architecture along the stretch of the Danube, including the Gresham Palace, Hotel Gellért and spa, the Hungaria Bath and Museum of Applied Arts.

While Barcelona is best known for its nightlife, it also offers unbeatable art and architecture. As the birthplace of Antoni Gaudí, Barcelona attracts flocks of travellers each year for its impressive architecture. What's not to be missed is of course, Sagrada Familia – Barcelona’s architectural centrepiece. The unfinished Sagrada Familia was Gaudí’s interpretation of late Gothic architecture, Catalan Modernism, and Art Nouveau. Other eye-opening architectural wonders include Park Güell and Casa Batlló.

The ancient city of Rome is filled with Roman ruins, fountains, churches and squares that will fulfil your architectural lust. Notably, the Colosseum, Pantheon, and St. Peter’s Basilica are not to be missed. An afternoon walk in Rome can feel like a step into the past. Since the Romans are known to be creative and innovative, you will find that the city of Rome has exemplified pretty much every architectural style since the ancient Classical movement. Rome remains as one of the best cities to see Baroque architecture- known for its grandiosity, opulence and contrast. You’ll see the style embodied in some of the must-see landmarks here - St. Peter's Square, Santi Luca e Martina and the Trevi Fountain.

Possessing a rather different take on the architecture you’d see in Western Europe, Turkey offers a cross between culture and design. Byzantine domes, colourful mosaics and Ottoman minarets are the order of the day here.

Japan is filled with impressive architecture that is both modern and historical. Prehistoric Japanese architecture often features wooden structures with thatched roofs. They were heavily influenced by Chinese Buddhist architecture then. As you wander through the country, you’ll be able to identify the changes in architectural design throughout the historical period. Some not-to-be-missed buildings that represent the traditional Japanese style include the Todaiji Temple in Nara, Himeji castle and the Kinkaku-ji.

Whether in the historic city centre or on the other side of the Danube, Vienna is filled with  architectural highlights. Here, you’d notice that modern and historic buildings coexist in a harmonious and stunning way. A good example of this is how the Gothic St. Stephen’s Cathedral directly faces the Haas Haus, contemporary building made of glass and steel. Head closer to the city centre, and you will be greeted by the Hofburg Palace – bring a picnic basket and enjoy the view of this stunning piece of stunning architecture from the Hofburg Gardens.

Of course, a trip to Vienna is not complete without a stop at the Schönbrunn Palace and Gardens.

Because Singapore is such a young country, we don’t get to see as much in terms of evolving architectural style across the decades. For any architecture buffs who love art and design, the countries above make for a great vacation that can enrich you immensely! Remember to travel safe and sign up for DirectAsia’s travel insurance plan before you fly! When to Buy a New Car vs Used? | DirectAsia

5 Minute read
Life is too short to drive a car you don’t like. But when you are buying a new car, the price tag comes with commas...
Read more
Travel

Saving Yourself From Expensive Travel 'Mistakes'

5 Minute read
When we think of the word ‘Travel’ , we think of fantastic holiday destinations as well as having to work hard to save...
Read more 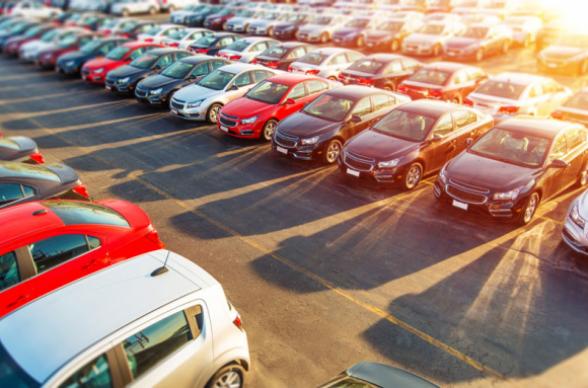 6 Minute read
With limited road space in Singapore, residents need to obtain a Certificate of Entitlement (COE) to own a vehicle. This...
Read more