The reasons you give your parents, or your partner, for owning a motorcycle are usually drawn from the ‘practical’ list: Low petrol consumption, easy maintenance, and the ability to park in minutes. But the other list doesn’t always get such a good hearing. It’s called the ‘fun’ list, and it only lists one reason: ‘it’s fun’.

Bike lovers Tom Bowden and Rachel Balm decided that they weren’t so interested in low petrol consumption or easy parking:: they wanted fun, and the best way to demonstrate this, they thought, was to ride from their home town in England to the majestic plains of Mongolia, with only their trusty bikes and raw nerve to depend on (and some sensible warm clothes, sleeping bags, a tent and a map).

So they set off from the land of Boudica (herself fond of two wheeled transport, though rather more blood thirsty than Tom and Rachel), got on a boat, got off a boat, then zipped across the tidy autoroutes of Northern France, along the tree-lined autobahns of Germany and into the rugged landscape of the Czech Republic and into its capital, Prague. They only picked up a single fine on the entire stretch.

Next up was Austria, Slovakia and Hungary. As they crossed each border, they noted how dramatically the landscape, the architecture and the fashion changed – however, everywhere they went, the same pigeon English was spoken. Thankfully, these bikers proved fluent in this particular tongue.

The eerie forests and vampire-esque mountains of Romania followed, where they made numerous new friends – among them a house full of bohemian cat lovers. Their journey took them along the Transfăgărășan Highway – an awe-inspiring route that bends its way through snow-capped Romanian mountains – and further east. Mastering this leg was all the more impressive as Rachel had only passed her motorbike test a few weeks earlier.

Then came Moldova where they ran the gauntlet of corrupt cops and seriously neglected roads, but met a kind couple who showed them the brighter side of the country.

Russia loomed large next, but with only a 1 month visa, our heroes had to hot foot it across to Mongolia (via Kazakhstan) if they were to avoid the legitimate wrath of the local authorities. After side-stepping ‘KGB informants’, drinking lots of vodka, attending a Limp Bizkit concert and getting whipped (complicitly) with a branch, it was time to leave for the land of green mankinis.

Kazakhstan struck the pair as entirely unlike the film Borat, where they met incredibly kind, generous and friendly people who guided them through the barren Kazakh steppe. Horse sandwiches, more vodka and yet more generosity marked out Kazakhstan as a high point. Crossing back into Russia, Rachel suffered a broken chain whilst on the move – one of the more challenging moments of the journey. Days and days of riding followed, as they headed east into forest-covered Siberia, and dealt with broken, dusty tracks and homicidal truck drivers.

All in all, it was a tough, tough trip…

But there is a glorious and beautiful pleasure when each night you run a pen across the map and mark the distance you have covered in the day. That pleasure is tenfold when you unfurl the vast piece of paper and see that line stretch all the way back to Europe. It had seemed impossible, but, we had made it to Mongolia.

[excerpt from Tom and Rachel’s blog] Read about Tom and Rachel’s journey at http://www.travelexpeditions.co.uk. This post only offers a tiny glimpse into the vastness of their undertaking, but it will surely fire the imagination of most motorcyclists with a love of the open road.

Cycling in Asia Is Great, but Be Prepared

19 Minute read
The cycling scene is Singapore is great. There are a large number of cyclists in different groups at varying skill...
Read more 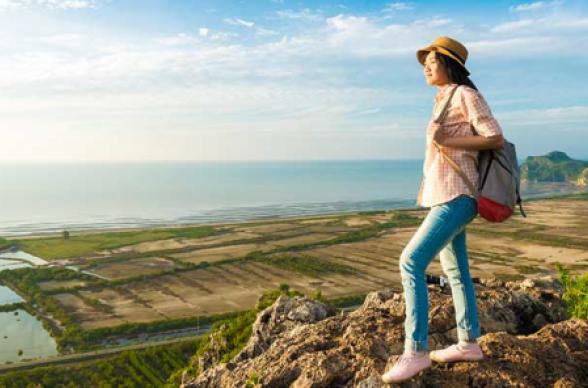 Traveling solo? Here are some tips for you | DirectAsia

4 Minute read
If you travel solo, you are not alone. Janice Waugh is a solo travel expert and author of The Solo Traveler’s Handbook...
Read more 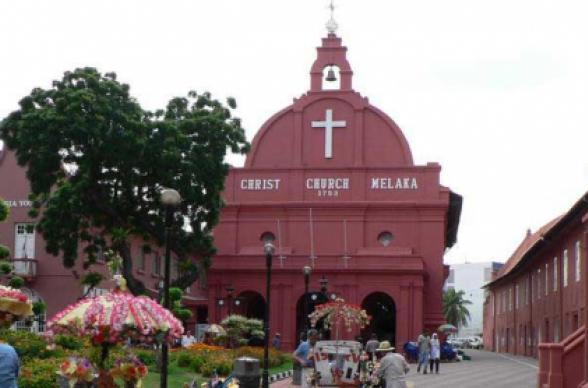