While you might have done all you can to protect yourself on a holiday by taking up a travel insurance, nothing can save you from a potential scam other than being aware of it. Newer scams typically make use of consumers’ reliance and trust in the use of the internet, so think twice before you hit the button to make your purchase online next time.

These days, many travellers simply go to one of the many websites available to book their travel accommodations and tickets. The rate at which these websites spring up can be hard to track, and as consumers, we may not bother about checking the authenticity of the website before making a booking with our credit cards.

These fake sites may use the interface of popular booking sites and even provide pretty photographs of the holiday rentals that are so easily available online such that consumers don’t notice the difference.

What you can do to prevent yourself from being scammed is to always check that it is a secure site, that the site is authentic and to never make any kind of bank transfers or payment via a different system. To be safe, only make your purchases from reputable sites or even buy direct instead.

Singaporeans are lucky in that we have one of the best passports in the world – ranked second, just behind Japan and giving us access to some 188 destinations without a prior visa. Still, we do need a visa when it comes to travelling to certain countries, including Australia, India and Russia. At times like this, most of us would simply go online and do a google search for a solution to applying for a visa online. That’s where things can get awry if you go to the wrong site.

Over the years, several websites have emerged, selling fake travel visas and other documents needed to visit foreign countries. Common examples included websites selling US Visa (Electronic System for Travel Authorisation, or ESTA) and Australian Visa. While some of these websites are legitimate in that they could still provide you with the right document, you could be paying much more than going through the official channels.

Most of us probably change some currency here instead of changing a huge amount and bringing a wad of cash with us on our holidays. That’s where exchanging local currencies overseas can rip you off more money than you think.

Money changers are businessmen too, so they’ve got to earn a margin from the exchange transaction. If they don’t charge you a commission, then they’ll probably charge you somewhere else, right? The likelihood is that they’ll factor the cost into the exchange rate itself, sometimes at a rate 30-40% higher than the market rate.

What’s worse is that they will not tell you this, until you realise you’ve gotten back less money than you expected and there’s really not much else you can do after that. So the best solution is to either go to a bank, or ask for the exact rate and amount you’ll get back up front before handing over any cash.

Holiday-makers looking to travel overseas to attend music concerts and sporting events often become easy targets for fraudsters. Many fall victim to fake packages to international events and only realise that their tickets are worthless after arriving in the country.

The FIFA World Cup in Russia was one example where dozens of sites were created to offer travel packages that include tickets to the matches. Unbeknownst to many, only tickets purchased directly from FIFA were valid.

One should only buy tickets from legitimate sites and if you’re in the market for second-hand tickets, make sure resale is allowed as some tickets are for the named ticket-holder only.

Say you arrive in a country and saw a brochure with information about visiting a nature reserve that interests you. Since the brochure was printed by a tour agency, you decided that you could probably save some money by finding your way there yourself.

Upon arrival, you saw a ticket office outside the natural reserve. It didn’t look quite “official”, but because you don’t know much about the country, you went in to see if you needed to pay a fee. At the ticket office, the counter staff shows you a chart with the various entry prices/packages, and you were shocked that it cost more than what you saw on the brochure. You have a weird hunch that this isn’t some sort of “official ticket office” and decided to leave and go into the reserve anyway.

That’s where you were stopped by several men waiting outside the office.

At this point, it’s either you pay to enter, or leave the vicinity after travelling for more than an hour to the nature reserve.

While your travel insurance provides coverage for certain accidents, travel cancellations and loss of personal belongings, being a victim of fraud is unfortunately seldom covered. The best way to avoid being a victim is to be alert and go through the official channels when making your travel purchases! Have a happier and safer holiday by getting yourself insured before your next trip! 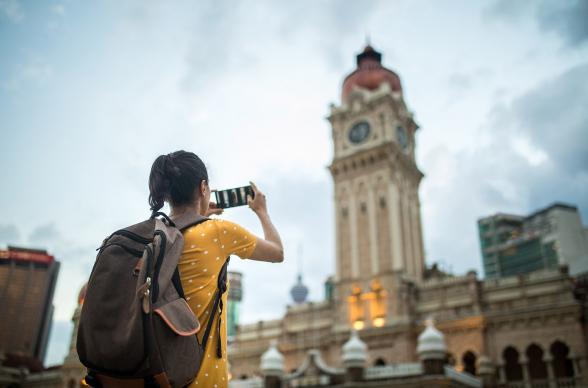 The Best Travel Insurance in Singapore 2020

6 Minute read
The holidays are nearing and you may be considering going on a vacation, outside of Singapore soon. Some of you may even...
Read more
News

Our New TVC is Online

2 Minute read
Robin is back on television again. This time to announce our new Beat This &amp; Win $8,888 Challenge. If you haven’t yet...
Read more
Car

Are Countdown Timers at Crossings Safe?

5 Minute read
It seems the answer depends on who you're asking for. Countdown timers are most commonly found at crossings in cities...
Read more