Ah, island vacations. Waking up to ocean views to die for. Watching the sunset with nary a building to obstruct the golden hour. Being lulled to sleep by the sound of crashing waves under a sky full of stars. Few things compare to these little pleasures of island life, especially for urban dwellers who crave refuge from hectic city life every so often.

We may not realize this, but when it comes to proximity to island destinations, few places in the world are as strategically located as we are. In our region, summer is almost all year round. We have a much easier time getting to Bali for an “Eat, Pray, Love” experience than our friends in Europe and the States.

Already checked Bali and Phuket off your list? Here are eight new additions to your beach vacay repertoire.

Koh Phi Phi may have shot to fame after Leonardo Dicaprio starred in The Beach back in 2000, but Koh Phangan is the lesser-known alternative that is just as beautiful.

Located in southern Thailand, Koh Phangan is known for its night-long parties that attract backpackers from all over Southeast Asia. That’s like Zoukout almost every other night—imagine that! Ranking at the top of these festivities is the coveted Full Moon Party, a monthly affair of people covered in fluorescent body paint, skipping over flaming ropes and cheap drinks served by the buckets at Haad Rin Beach every month.

Even if you couldn’t care less about the lunar cycles, the energy at Koh Phangan is so infectious, you’ll want in on it pronto!

Boracay used to be the go-to island in the Philippines, but since its temporary closure, resourceful beach bums have found their way to sands less trodden. The outskirts of Cebu are particularly popular among budget-conscious travellers, and it’s not hard to see why, when direct flights cost as little as $64.

While in Cebu, island-hopping is a must. Pescador, Sumilon, Malapascua, and Virgin Island in Bantayan are hotspots for snorkelling, their rich marine life boasting dolphin sightings and sardine runs with close to a million of them painting an unreal scene before your eyes. But if you’re more of a land creature, a hike to the Osmeña Peak 1,073 metres above sea level will reward you handsomely with a view of the Mantalongon mountain range.

When Singaporeans go to Malaysia, we typically hit up cities like JB and KL to shop at a favourable exchange rate. Why not explore our neighbour’s landscapes for a change?

Just 20 minutes away from Mersing in Johor lies Rawa Island, a slice of paradise that even some locals don’t know of. On the pristine sands and by the turquoise waters of this coral island, you’ll find these quaint beachfront chalets painted in blue and white. They may not offer five-star luxury, but they more than make up for that by transporting you to Santorini in a jiffy.

Plus, there’s a giant, swirly yellow slide that looks like it belongs to a waterpark, but goes right into the sea!

Dubbed the Maldives of Southeast Asia, Telunas is a private island resort that sits among the Indonesian Riau islands, just 2.5 hours away from home ground by ferry. The best thing? A social media detox is basically “mandated” here because wifi eludes this island.

Apart from going off the grid, you will also go off human interaction quite a bit. Telunas is so intimate and exclusive, the only other people you’ll encounter are your neighbours in other sea villas. But don’t for a moment let that fool you into thinking there’s nothing to do here. Visitors can hike through the jungle, stand-up paddle, get a massage at an overwater spa, and even roast marshmallows at a bonfire when night falls.

Even though Ko Rong Island is the second largest in Cambodia, its population size is only slightly above 1,000 people, and the place only opened to tourists in 2008. This hidden gem is packed with dense jungles, over 43 kilometres of untouched beaches, and walking trails in place of roads—or of a transportation network, for that matter.

While its facilities aren’t abundant, travelling solely on foot and by boat is a low-impact, low-pollution experience that nature lovers will embrace. Visitors can pop by the High Point Adventure Park for obstacle courses that will take you to the island’s peaks and check out the phosphorescent plankton on the shores at nighttime, before retiring to a treehouse bungalow to complete the Moana experience.

When it comes to nature in Vietnam, the terraced rice fields of Sapa come to mind immediately. Few people will think of Mui Ne, even though it has some of the most beautiful spectacles just four hours away from busy Ho Chi Minh.

Start the morning early at Phan Thiet, where you’ll see a bustling fish market in action, with fishermen haggling with local traders over nets upon nets of fresh catch. When it starts to get hot, you can rent surfing equipment to cool off in the waters, for Mui Ne has some of the best waves and wind on the southern coastline of Vietnam. Before the day ends, you can catch the sunset at a mini-desert, where you can quad-bike across miles and miles of red and white sand dunes. The island life on Mui Ne is as much active as it is culturally immersive
.

As Laos is largely landlocked, you’ll have an easier time finding riverside resorts than beachside ones. But for the adventurous who are willing to travel out a little, the Si Phan Don (Four Thousand Islands) is a cluster of small islands on the Mekong Delta along the Cambodian border.

Backpackers mostly flock to Don Det and Don Khong, where lodging options are more available. From your base of choice, you can take day trips out to Khone Phapheng Falls, the largest waterfall in Southeast Asia, or go on a kayaking quest to spot Irrawaddy dolphins. From paddy fields to vast lakes, this part of Laos is truly a National Geographic documentary come to life.

Like Laos, the island experience in Myanmar is a plurality, and a fantastic way to begin is at the Myanmar Andaman Resort on Macleod Island, from where you can access the Mergui Archipelago.

The island resort is private and has three beaches under its wing, but prices are surprisingly affordable for a place that has only 22 suites. There’s a dive school within the compound and island-hopping tours to explore the surrounding islands, most of which are inhabited only by wildlife and small village communities.

While the appeal for most of these islands lies in their obscurity, this also means there’s less information online to plan your trip with. You can only do the best you can, and wing it on the go.

But, regardless of your level of preparation, travel insurance is among the basic necessities that future you will be thankful for if a mishap does happen. Get a quotation for your trip.

Call Centres: How to Get Your Problems Solved – Quickly!

4 Minute read
Understanding The Person On The Other End Anyone living in the developed world – or even the developing world – will...
Read more 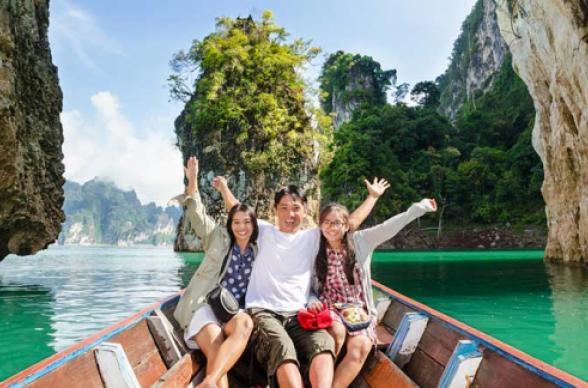 7 Minute read
We don’t travel to escape life, we travel to experience life in all its vivid colour. And Singapore is the perfect...
Read more 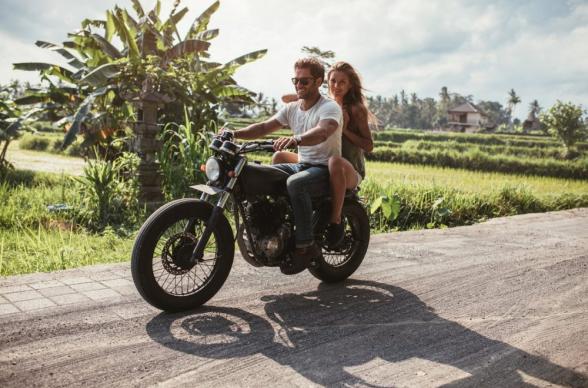 Tips for a smooth motorbike rental for your holidays - DirectAsia

6 Minute read
Being able to have your own transport on a holiday can make for much convenience. Not only will you be able to go...
Read more